Wheelchairs, Rainbows and How Sound Speaks the Truth of Heart

Today was not an ordinary day.
Airports are not ordinary places, and neither are their teachings. 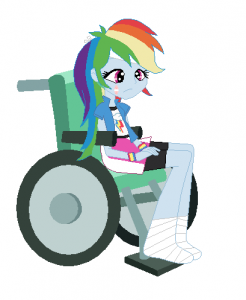 Today started yesterday, at 2:30am, waking up to the iPhone alarm so I could be ready for my date with the wheelchair man at the Hyatt Regency in New Orleans.

Crawling out of bed, and over tweed carpet, I wrapped my arms around the handicap bar, and sunk into toasty warm water, just long enough to lather and rinse. My backpack was almost ready to be zipped, clothes buttoned, and on opening the door to the hallway, I saw James, tall, a baby boomer, slender with salt and pepper hair, through the glass of the elevator, rolling the wheelchair in my direction. Kind, warm eyes pointed towards me like a compass. I tossed him a smile back and a hello so he knew he had the right door.

Striking up a conversation at 3 in the morning is actually quite effortless, as both of us find it humorous we are awake at this hour. I ask him how it is working this shift at the Hyatt.
His answer takes me off guard.

“Well, it is exciting,” he says with a soft voice and half a smile. I wasn’t sure which side of the smile he was on.

He explained to me that this was the time of night that everyone who was drunk walking around Bourbon St. would waltz in the Hyatt, and that they would be so soaked in alcohol, that often the folks could not walk, talk, or had any idea where they were. It was the night of the walking Zombies, each Friday and Saturday. I had a feeling it was so, as the folks on the plane to New Orleans were either there for bachelor parties or they were tired of Vegas and were looking for another place to party. James was an unsung hero in the predawn hallway, just this side of Bourbon St.

It was one unusual situation after another.

Cab ride, airport, another wheelchair, TSA (even though I have TSA precheck I was told that if it was not marked on my ticket I still had to be frisked). Louis Armstrong, the wheelchair chauffeur at the New Orleans airport, serenaded me until I had my hands in the air while the “back of her hand” from the TSA officer was carving stream beds of cloth over my torso. That was at 4am.

Another wheelchair, another airport, missed the next flight, another cart, and then change of gates, another cart. Each of these steps introduces me to another young sentinel parting seas of people with a wheelchair. One young man from India, another young gal with a migraine headache, hoping someone can take over her shift. A young man whose dream is to be able to purchase a home for his family. A young man who is dreaming of being a police officer. In five to 10 minute sonnets, I am getting a taste of each person’s dream palette. I have little time, so I have to cut to the chase and find out who is being kind enough to wheel me to my next destination.

And then it hits me. I am getting the opportunity to be kind at every turn, practicing kindness and consciousness in the training program in a myriad of airports. OK, I can play this game.

The last wheelchair awaits. A tall, college-age young man with round eyes and a mysterious accent is waiting for me at the gate. His name tag says Lazreg. He is not smiling but calm and attentive. See if you can imagine this. I have two crutches, a 25-pound backpack and an ankle sticking out like a golf club. There is another woman ahead of us, pushing her husband in a wheelchair, and also trying to juggle a carry-on bag with wheels. It is way to much for her, but she is the little red caboose that could, and feels the lack of choice. I ask if I can have her bag. She lets it go, and I take the baton.

We get to the top of the ramp. The lady wheeling her husband motions to me to hand the bag over to a little girl with pretty blond hair and a bubblegum pink dress that matches her sister’s.. It is my turn to wait in the chair while Lazreg goes back down the ramp to retrieve another woman in a wheelchair. Here comes the kicker. He pushes us both at the same time, navigating between people, luggage, coffee cups, weaving in and out, until the way clears. It now feels like we lucked onto an open six-lane highway. I had a moment when I felt like Dorothy in the Wizard of Oz, following the yellow brick road, it was that surreal.

I try to help push the wheelchair, but the backpack is so bulky it takes both my hands to keep that on my lap. I let go and just observe and enjoy the ride.

It turns out Lazreg is from Morocco, and that the other lady in the wheelchair, her friend who is now with us, is from Uganda. The tapestry of their lives and how they got there from Africa is told to me in chapters. The other lady is so homesick she does not take her eyes off of Lazreg. They talk story. She has lived in the United States for nine years, and has not been back since, but hopes this year will be the one she can visit her family. Her accent gets stronger as she expresses how much she misses her loved ones.

Lazreg says he has tried to get rid of his accent, but he cannot. The two ladies whimpered out loud, exclaiming, “no, no, don’t do that.” He left Morocco four years ago. He said there were only three ways out; work, university or swimming. I asked him to explain. He said there was a place to the north where the border of Spain was so close that at night you could see the lights of cars driving by. He was referring to the Strait of Gibraltar. The distance between Spain and the continent of Africa is 8.9 miles at its narrowest point. He had a friend that literally swam over in the night, but was picked up by the Spanish police and deported. He tried again, but was caught a second time. He was told if they saw him again they would shoot him. Instead of swimming, Lazreg decided to attend the university in Calgary, Canada, but, then moved to Houston because he had trouble with the cold. He is now studying in Houston, working parti-time at the airport, and also has a career as a boxer.

“I am not like other people my age in school,” he said. “I have no one here, no real good friends, no family. I have to keep myself distracted. I have to stay busy. Most people my age drink and do other things. I have no interest in that. I want more. This is the moment where I realize this moment is more than a moment. This encounter is changing my life.”

At this point he is now wheeling me to the Alamo rental car station, which feels pretty funny. Are they even going to let me rent a car?

Here is where the rainbows come in. Lazreg is waiting there right with me. He is now feeling more like a little brother than an airport employee. The other lady from Houston and her friend from Uganda are at the baggage claim.

I am wheeled up to the rental car counter, feeling very short as I look way up and see the eyes of the Alamo employee smiling down on me, with a bemused twinkle. He asks me for my drivers license.

It’s my move. I feel this utter wave of GRATITUDE. Literally, a wave of warmth pours over my skin. I have family alive and well, and I am going to be seeing them TODAY. I have Support in the Universe, unconditional SUPPORT in Houston. I feel connected deeply to people I JUST MET, and it has happened the entire day, over and over again!. I am really happy, and this wheelchair was the catalyst!. And this young man is teaching and reminding me of the power of the HEART. All of this in 20 minutes. There is no time for thoughts. I am feeling too much, and yet observing this from an aerial view, yet physically quite close to the ground.

The rental car employee hands me the compulsory contract, the one I never completely read but initial several times. I find I am writing smiley faces next to each of the places I initial. I turn to the last page and out of my fingers I draw this very large rainbow with two clouds on each side, and a smiley face inside one of the clouds. I am so happy and free I don’t know what to do with myself except write rainbows.

Smiles rippled on both sides of the counter. Lazreg wheels me towards the pick up area for the rental car. I get to pick the car. I care more about the color than the model of the car. I choose white.. That was the color of my rainbow.

None of this could have happened without the loving, gentle power of sound. The timbre of kindness is an essential ingredient in the alphabet sound soup, yet it is so easy to have a frequency in the voice that feels more like an SOS pad than a gentle hand on a shoulder. Without the warmth of the voice, and the open road of the heart, this day may have had a different story, a different ending, and a different beginning.

I told Lazreg we met for a purpose, and he agreed.

Somehow, I feel the power of the Creator is moving through me to help this man significantly. All of the people that wheeled me around airports were all sweet, kind, and honorable. But sometimes, we just have to reach out and create a miracle, aligning with the divine energies that want us to shine outside of the everyday tasks, and cast a light of support, and pray with our feet, or with a wheelchair, because we can!

If you are moved to be a part of this, please contact me by phone or email. I cannot see what this “care package” will look like, and it may have to be done outside of the nonprofit, but regardless I would like to be a cog in the wheel of manifestation for this young man.

Later that evening, I dreamt of a pink Buddha in a pink room. All I saw was a beautiful Buddha and the emanation of pink light. It was more a vision than a dream, climbing from my subconscious to the shores of my conscious mind.

Wishing you a lucky star shining in the night sky of your heart song.