Many people like to start off the new year with resolutions aimed at increasing health and wellness. We normally think of having better hygiene in terms of eating better and exercising more. Yet taking care of ourselves with sound is also a way to increase our hygiene.

Swearing has become a semi-acceptable way of communicating in our culture. It has become normal to add a swear word here or there. However, there are some things to be aware of when making the choice to say a word one would avoid saying in the presence of children.

Cursing is a form of negative sound. When you swear, that word literally reverberates throughout your entire body. That means that negative energy is literally being echoed throughout every cell. We all know some foods carry more negativity than others. Eat an organic salad, and chances are you will feel pretty well. Eat five chocolate bars and chances are you will have a tummy ache.

Saying a swear word is very similar. It is even processed in the brain differently. Normally language is processed in the left hemisphere, and the right hemisphere of the brain handles the emotions. There is an area of the brain called Wenicke’s area, which processes the spoken word information. The prefrontal cortex takes care of what is considered acceptable social behavior. Processing language is considered a “higher” brain function, while processing emotion is considered a “lower” brain function. Swearing is an oxymoron for the brain, as those words are actually processed through the limbic core, where we process emotions. So instead of processing profanities as raw sound, the brain chooses to store these emotionally charged words as a whole unit. This means it does not need the left hemisphere’s assistance when processing them. It can rely on the limbic core, which controls memory, emotion and behavior. So this means the basal ganglia, which controls motor functions, ends up processing the swear words.

It has been shown in studies that swearing can mitigate physical pain. My sense is people may also “feel” that it mitigates emotional pain, as most people when they swear are experiencing a negative, deconstructive emotion, such as frustration, anger or even feeling hurt, which is why the swear word is processed through the right, or gestalt hemisphere of the brain.

However, I would invite you to also look at the energetic aspect of this. It is known in the spiritual traditions, which are often ahead of the findings of the scientific community, that swearing puts out a strong wave of negativity throughout your entire body. If you notice, people who swear often usually have a higher rate of illness. It also puts out a wave of negativity out into your etheric field. If someone swears in your presence, if you pay close attention, you may feel less energetic, or even feel more irritable.

We all know the feeling of having less energy in the presence of some people, and also how we can literally be energized by someone’s positive energy. Cursing adds to this dynamic in the negativity department.

Swearing is a form of dark light. It can be seductive and even addictive to swear. It gets people’s attention because there is power in the words. This power, however, is dark. This is not a judgement. It is simply energetic. Some energies are constructive, and attractive things that bring us joy, love and compassion. Some energies are deconstructive, and bring us pain and suffering. The physical body needs a healthy balance of these energies. We see a similar balance in nature. Leaves bud, then grow, and eventually trees shed their leaves and go dormant. We as humans have cells that grow each day, and die each day. But when the balance tips itself too far and too much to the deconstructive, that is when our wellness wanes.

A good practice is to think of what you would like to say before actually speaking it. Thinking a swear word and not speaking it will not have as negative of an effect, and may be a good bridge to get to the point where it is not a verbal factor. 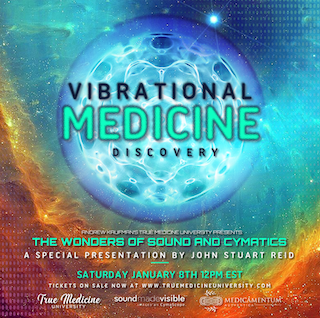